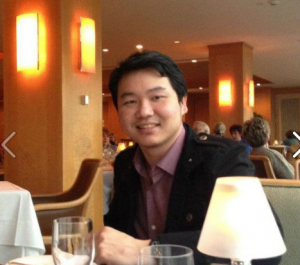 Nattakorn Wongsaichua has been working in the IT industry for more than 10 years. He has experiences working as a database administrator, developer, and technical leader. He is specialized in the web technologies especially community software. He used to develop many websites for the clients such as T-mobile, Cisco, Pearson, PriceWaterHouseCooper, SAP, Autodesk, Nokia, and Verizon.

In 1998, Nattakorn earned the bachelor of engineering from the Faculty of Computer Engineering, King Mongkut’s University of Technology Thonburi. After graduation, he worked as a software engineer (Oracle DBA) for 2 years. He also earned the Oracle DBA Certified Professional 9i (OCP 9i).

Two years after working as the software engineer in Thailand, Nattakorn went to study for the Master of Science in Computer Information System at Eastern Michigan University. While studying, he earned the Graduate Assistantship from the university. He also worked as a computer lab assistant at the computer lab to help support professors in some of the IT classes.

After graduation in April 2007, Nattakorn joined SolutionSet (www.solutionset.com) as a PHP developer. He took part in many web development projects that could handle a lot of transactions for many big companies in the US such as Autodesk (http://labs.autodesk.com) and Gensler(http://www.gensler.com).

Nattakorn joined the social business (Jive) team at SolutionSet as a Java developer after he worked as a PHP developer for 3 years. Jive is one of the most powerful social collaboration platforms. Many fortune companies use Jive now for example http://support.tmobile.com, http://communities.intel.com, http://communities.cisco.com and http://scn.sap.com/welcome. He was a senior developer and technical leader for many projects such as Single Sign On for T-mobile support community and Pearson Teachability. He was also involved in many projects such as http://communities.cisco.com and http://scn.sap.com/welcome.